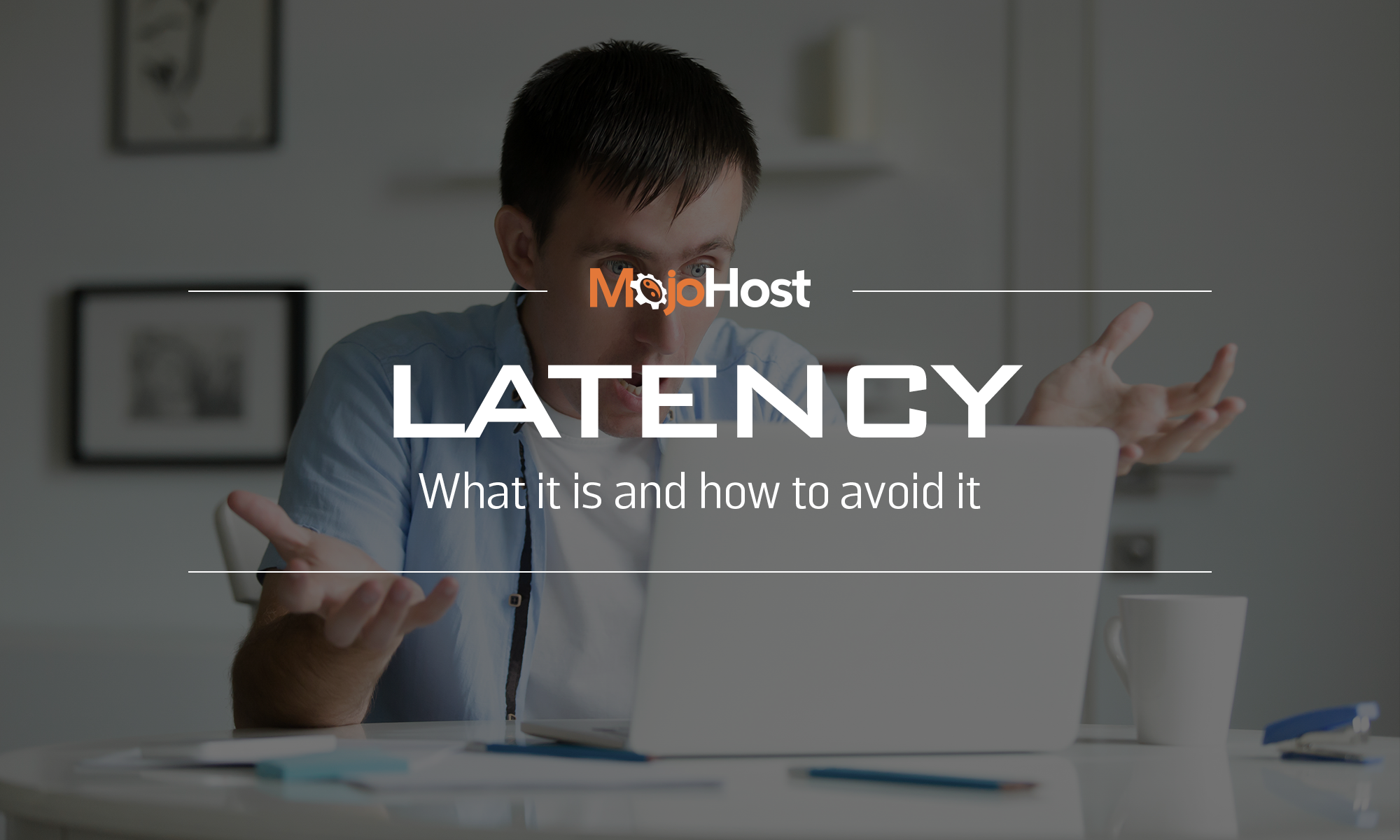 In networking, latency refers to the delay on the network between when a user clicks on something and when the information actually shows up on the page. Most people get frustrated after just a few seconds of latency, so this number is very important to keep as low as possible.

There are things web developers can do on their end to make pages load quicker, like making sure images are only as large as they need to be and avoiding processing heavy functions on pages while they load, but much of the latency issue can also be found on the server side of things, as well as on the side of the end user’s Internet connection. There are a lot of moving parts that make the information get to a user’s computer screen in no time flat!

The Actual Time It Takes

Even though it may seem to happen faster than a blink of your eye, it does take a smidgen of time for information to travel from a server to your computer. This kind of latency, however, is measured in milliseconds, and MojoHost’s Noction routing system ensures that data travels the most efficient route to its destination. If this is not enough, the MojoCDN solution would help you distribute your content to nodes worldwide, bring your website closer to its users and significantly improving the speed of data delivery. In an ideal world, this would be the only time that factors into latency, but there are indeed other factors as well.

This is latency introduced by the methods used to send the information to your screen. While it is traveling at the speed of light, data passes nexus points and gets routed, which may additionally cause delay, especially if the user is far geographically from the location of your server. On its way, jumping from routing point to the next, information travels via fiber optics cables. If you’ve ever run a traceroute, you’ve seen the numerous stops and routing points that the data traveled through to get to your computer. These influence how fast information is displayed. There may also be repeaters and signal boosters which increase the likelihood of problems arising.

Your router at home or work must then transmit the information to your computer or device. Most of the time this is done quickly, with ease, but sometimes there can be a device problem or a problem with your network. Home routers are usually not very powerful, and congestion or overload are a common problem, not to mention interference from other networks and simple malfunctions. Luckily turning it off and then on again often fixes this issue, but it can be a pain!

Finally, the final destination for the information could be a cause. If you don’t have enough storage for an item, or your drive is simply slow, latency could result. Luckily newer machines and products are always working to reduce these problems.

These are just a few different types of latency, but they are probably the most common. So how can you avoid it? Well, the primary point to avoiding latency is to identify where it is coming from and then ameliorating that problem. It’s a matter of keeping many items in your network at their peak, and making sure everything is up to par.

Luckily with MojoHost you never have to worry about latency being caused by your hosting services because we always keep our equipment running and have constant network monitoring to avoid issues.

Businesses use CDNs to ensure the swiftness of data delivery and improve the performance of their web properties. Consumers appreciate when businesses use a CDN, though they may not always be aware of it because it ensures that their experience on a website is flawless.

100TB and Unmetered Servers discounted in Miami and Amsterdam

We proudly announce today a discounted offering of dedicated servers with 100 TB bandwidth! This…